In 2002, 5-month pregnant Bilkis Bano (“Bano”) and her family were fleeing the ongoing communal violence in Gujarat when a Hindu mob attacked them. Bano was gang-raped and witnessed family members being murdered, including her 3-year-old daughter. Her case was transferred to Mumbai as officials in Gujarat had intimidated Bano and her family, tampered with evidence, and forged medical reports. In 2008, the Mumbai court sentenced the 11 accused to life imprisonment. Justice was served, until the convicts were released after completing 15 years of their life sentence under the Gujarat Government’s remission orders in August 2022. Through this article we argue that this decision is an abuse of power by the state, which violates her human rights, and explore whether she can have recourse to an international forum.

Procedural Irregularities in the Case

The decision to grant remission must be reasonable, well-informed, and fair to all concerned. The remission granted was fraught with procedural irregularities. Firstly, the settled legal position, as per the Supreme Court of India (“SC”) in Union of India v. V. Sriharam states that the appropriate government to grant remission is the government of the state where the trial had concluded. However, in the present matter, instead of Mumbai, the Gujarat government granted remission. Secondly, the committee recommending remission must consist of senior government officials in charge of the home or law department, a district judge, the prison superintendent, and officers dealing with offenders’ probation and rehab. However, in Bano’s case, half of the 10 member committee set up consisted of 5 members of the ruling political party which partook in the riots including 2 MLAs of that party. Thirdly, since the Central Bureau of Investigation carried out the investigation, the central government had to be consulted regarding remission, a requirement under Section 435 of Code of Criminal procedure (“CrPC”) which is not yet clear if it was done. Fourthly, Section 432(2) of CrPC requires consultation with the trial court judge before remission is granted, which was not done. Further, decision of remission should be connected to convict’s expression of guilt and remorse. There should be proof of reformation. Interestingly, one of the convict while out of parole, was booked for outraging the modesty of a woman. This shows that the decision was not based on the principle of reformation, but was rather political in nature.

Article 7(1)(g) of the Rome statute and Article 2(1)(g) of the ILC draft articles on Prevention and Punishment of Crimes Against Humanity states that rape when committed as part of a widespread or systematic attack directed against any civilian population is considered as a crime against humanity. The crime against Bano is not merely a crime against a woman, but lies in the backdrop of crime against a community of religious minorities. This was a targeted crime to fulfil a community’s desire to silence another community. Rape was used as a tool to terrorise minorities during the Gujarat riots. Although the SC has held that the violence was not state-sponsored, its toleration by the state brings out a policy element. So, this odious crime against Bano cannot be looked at in isolation but, instead, forms part of a bigger atrocity, constituting a crime against humanity. In such heinous crimes as gang rape and murder, the state must tread carefully before granting remission.

A policy element in an attack on a particular group necessitates a serious outlook of such crimes, as they involve perversion of politics, which in turn accounts for the fact that it is a human rights violation. In India, State governments have the discretion to grant remission. However, such exercise of power should be done judiciously, without discrimination, and on the basis of reformation. As mentioned earlier, remission occurred on discriminatory and politically motivated grounds. Abuse of power emerges when legitimate means are employed to achieve unlawful ends. Political power is legitimate power, but when it is derived from the mandate of a community to serve its interests and against another community becomes an abuse of legitimate power. A typical scenario where abuse of power can be observed is when power is used to prevent legal sanctions against certain types of behaviour which occurs in the higher level of the social and political structures. Religion has been used to appease people politically in India. The Gujarat riots occurred due to a religious tussle and were backed by the ruling political party. States with the strongest nexus to the crimes are rarely ready or able to prosecute the wrongdoers justly.

As per Declaration of Basic Principles of Justice for Victims of Crime and Abuse of Power, Bilkis is a victim of abuse of power which is a human rights violation, as by providing the remission which was uncalled for, a legal sanction has been prevented by the state which was in hand with the perpetrators. In instances of crimes against humanity, international law does not permit remission by an executive act, because the government themselves would be involved in such crimes directly or indirectly and acquitting  the criminals in 15 years would create a mere illusion of justice.

Right now, the SC is reviewing the legality of this remission process. However, a serious hindrance is that the SC is under no obligation to look at this case from the perspective of a crime against humanity. The reason being, crimes against humanity have not been recognised as crimes at all in India. This lacuna was even noted by the Delhi High Court in State v. Sajjan Kumar, where it was observed that in the absence of recognition of crimes against humanity, criminals receive political patronage and manage to evade prosecution for serious crimes. It recommended the state to make necessary amendments, which went unheard. In any case, the review before the SC is the last resort which Bilkis Bano can fight for domestically. But could the international community prosecute the criminals in this instance?

The International Criminal Court (ICC) was created to establish a new system of link between both national and international court systems to deal with the most egregious crimes. At the core of this system, lies the idea that first and foremost, the domestic courts should try these heinous matters as per international norms as per the principle of complementarity which is provided in Article 1 of the Rome Statute. However, if states are unwilling and unable to genuinely prosecute the international crimes, the ICC can step in. And in the case of Bilkis Bano, the state by remitting the criminals has shown its inability to prosecute them to the fullest. Article 5 of the Rome Statute says that ICC has jurisdiction to the most serious crimes of concern to the international community. But one problem is that India is not a party to the Rome statute, but being a party is not a strict requirement for ICC to exercise its jurisdiction.

So, although the crime here is a crime against humanity and rightfully can be contested at the ICC, due to lack of jurisdiction, ICC cannot hear the matter. India’s reasons for abstaining from voting for the Rome Statute was mostly due to political concerns, but it failed to comprehend that being a part of this treaty is important to the protection of rule of law and respect to human rights. As noted earlier, many vagrant crimes like crimes against humanity or genocide do not find a place in the domestic legislative framework. Thereby, victims of such crimes do not have a domestic forum to seek justice at.

The question in the present case would then boil down to whether India would be ready to accept the jurisdiction of the Court. This seems unlikely, considering that the very state government which was in power during the Gujarat Riots, is currently the government at both the state and national level too. So, if the decision of the Supreme Court is not in favour of Bano, she will be left with no further recourse.

This abuse of power by the government has violated Bano’s human rights by wresting the justice she fought for, and the legal system and the society at large, will be failing her, if the Apex Court stays silent on this matter. Although no recourse lies at the ICC, as per ILC’s Draft Conclusions on peremptory norms of international law, Crimes against humanity is a jus cogens norm, and it cannot be derogated with. This means that even if India has not signed the Rome Statute, it has the responsibility to ensure that violations of Jus cogens norms are not committed in its territory. And the SC can recognise this principle and uphold the same. Thereby, the SC has the obligation to recognise this principle and revoke the remission order and continue the sentence of the perpetrators of crimes against humanity. But if the SC fails to do so, the consequences will be of serious concern. Because when the justice system fails, it is an indication of absence of rule of law, and law as an autopoietic system does not work. 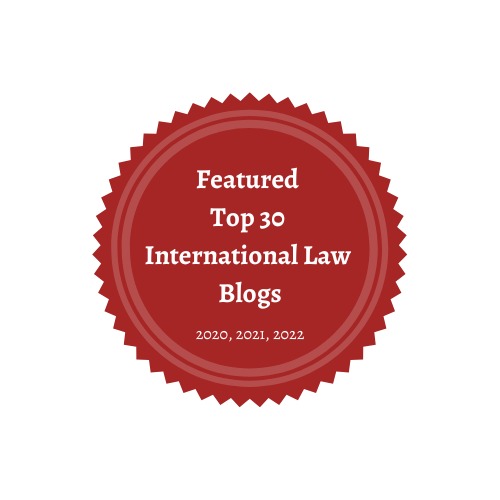